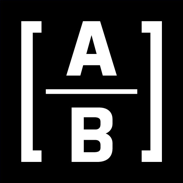 Bond trading has been notoriously resistant to the onslaught of digital transformation. However, in 2018, the fixed income industry’s defenses are down, and we’re beginning to see exciting new technological developments seeping in. AllianceBernstein is helping lead the charge with its Amazon-style AI trading bot.

The technology underpinning AI is not immune to a little hyperbole, but, as it develops, we are likely to see new uses for AI being brought into ever more fields of work.  AllianceBernstein clearly thinks the time is now ripe for the fixed income industry to stake its claim.

AllianceBernstein has an incredibly productive new employee making waves throughout its trading floor. This junior fund manager – known as Abbie – has already handled thousands of bond trades in her first few months with the company, and shows no signs of slowing down anytime soon. The deals she’s made are worth almost $19 billion, and she never complains, never makes a calculation error, and never even needs to go to the restroom.

Yes, as is traditional with these kinds of technology (see Alexa, Cortana, and Siri), AllianceBernstein has anthropomorphized its new algorithm with a woman’s name. Abbie is presently handling approximately 35% of the company’s bond trades, and it is predicted that it will soon be able to automate huge swathes of the work presently handled by around two dozen flesh and blood assistant portfolio managers.

An innovation such as Abbie is sorely needed in the bond market, which has become used to working in an opaque fashion and carrying out a great deal of its business on the phone. Financial institutions have been facing ever more onerous regulations, which has made it significantly more difficult for them to perform their role in the fashion in which they used to.

This, in part, is what has inspired efforts to explore new and innovative ways of trading. By introducing new technologies, it’s hoped that costs can be cut, and processes made more efficient. This has already been trailblazed by government agencies such as US Treasuries and UK Gilts, both which have long been bringing new technology into their procedures.

“It’s only been two years that we’ve embraced the potential of technology, and what we’ve achieved in a short period of time is phenomenal,” said Head of Credit Trading at AllianceBernstein, James Switzer. “The bond market is going to look radically different in three years’ time.”

Abbie can analyze trends in the market and make predictions based on specific algorithms. She can then rank options in terms of risk, and deliver recommendations on whether to buy or sell at optimum times.

Abbie was originally designed as a simple order management algorithm built into an asset manager’s messaging system. But AllianceBernstein has been so impressed with Abbie’s performance that the firm is now optimistic that she might perform more significant tasks in the future. It’s hoped Abbie can be combined with other digital platforms to create a true virtual fund manager.

“Our goal by the end of the year is that every trade we do is going to be done electronically,” said Switzer. “AllianceBernstein gets around 3 million unique trading messages a day and it is vital to be able to aggregate that information, especially as volatility begins to increase. How do you have a trading desk of four guys with eight eyes that can look at 3 million messages and actually make any sense in rapidly changing and dynamic markets? That’s where we’re headed.”

Electronic trading is going to become more and more important in the fixed income industry as time goes by. As fund management firms try and knit together disparate sources of liquidity in an increasingly fragmented market, they will find themselves increasingly turning to digital solutions.

This is not to say that the role of the telephone in fixed income trading is over – far from it. Rather, trades will be processed electronically and guided by the algorithms of innovative platforms such as AllianceBernstein’s Abbie.